Who is Brad Davis? 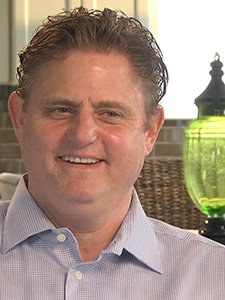 For Brad Davis, President of Davis Building Group, home construction is in his blood. His father Charlie started building homes before he was born. “Well the original name was Davis Homes and even in high school I would work with them, both my brothers and I. One of my main jobs was running blueprints. The old blue print style machines were ammonia based and the smell was horrible” Brad said.

“I then graduated from blueprints to go get building permits for the home starts and just did a variety of jobs for him.” Brad added. After college, Brad moved to New York City to work in the financial sector for Merrill Lynch. While he felt it was a noble profession, his heart tugged him back to Indiana and the housing industry. In 1985, he and his father restarted Davis Homes. “My father was very much a stickler on quality of housing. We would often shop competition and he would point out differences in the way we ought to build even if it costs more—a lot of it was structural elements of the home.  He also had from a business standpoint a lot of integrity. I never once felt uncomfortable with anything we have ever done from an integrity standpoint and he instilled great values in me with that as well“ said Brad proudly.

During the economic downturn Brad rebranded the business and molded it into Davis Building Group which focuses on customization which makes Davis Building Group shine. “Every home is special and different. We pride ourselves on customization with our homes. It’s harder to do in starter home price points first time move up price points but we have a good drafting department and a good purchasing departments so we allow more changes so we can tailor that home to that individual’s needs.” Davis Building Group also specializes in On Your Lot which allows a potential homeowner build where they want. Davis Building Group has a knowledgeable team which can even help you find that perfect piece of land to construct your dream home if you don’t already have land in mind. “We take it all the way from finding the land, developing the property, building the house” said Brad.

At the end of the day, Brad Davis still draws on the values his father taught him. With that, he finds deep satisfaction in watching people realize their dream of homeownership in a quality, durable home that will last. “So many people want to be in a single family home they get to a point where they can’t live in an apartment and so to be able to move into a brand new home is a great matter of pride.”