Tim and Amy (and their dog Buster) recently invited us to their Davis built home in Pendleton, IN. We are thrilled to share their building story with you. 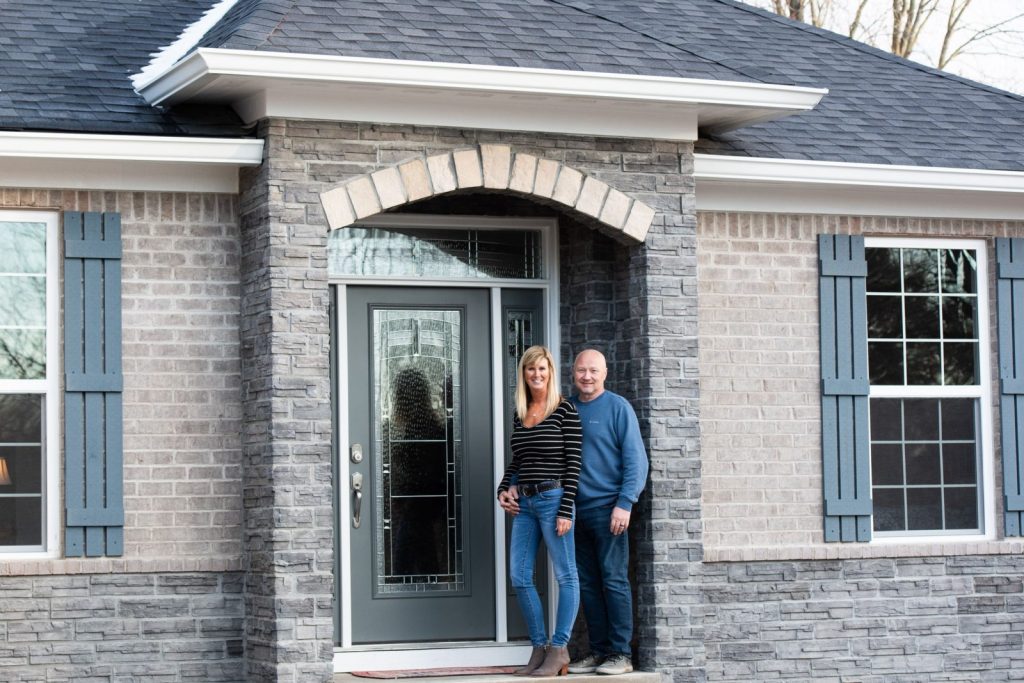 Amy and Tim both grew up in Pendleton. Tim’s parents still live in the home he grew up in, which is actually over the hill from Tim and Amy’s new Davis home. 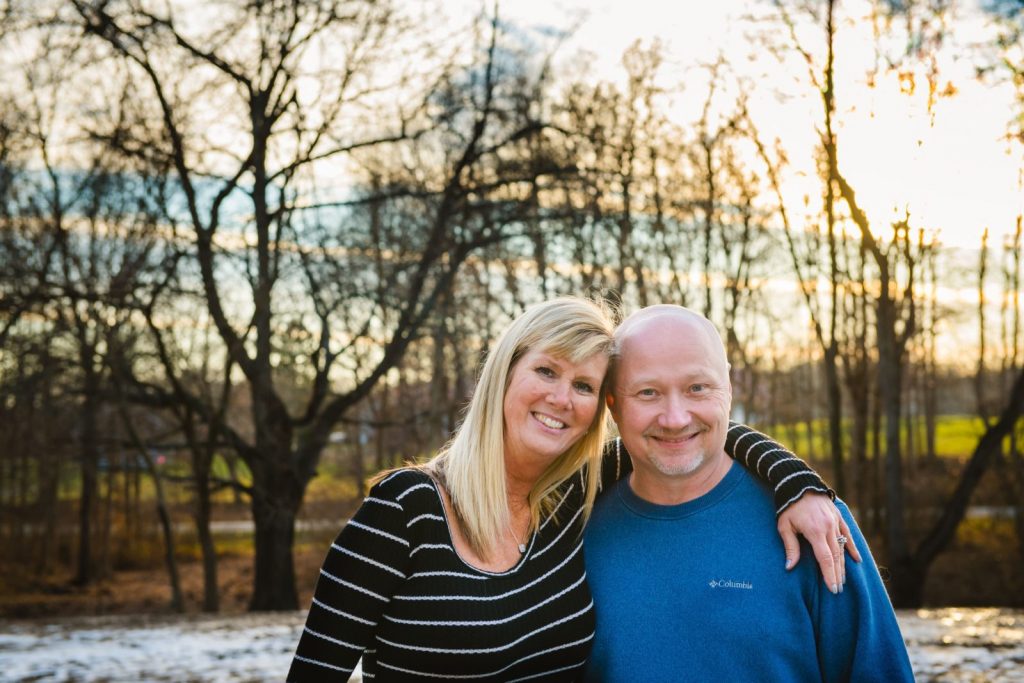 When the time came to choose a home builder, Davis Homes was the logical choice. Tim and Amy knew they would get a quality built home, because the home they currently lived in was built by Davis Homes. And, Davis Homes is one of the few builders they found who would build an On Your Lot home on their land in Pendleton.

Tim and Amy teamed up on the design of the home. Tim chose the floor plan and Amy chose the finishes.

Tim chose the Breckenridge Floor Plan because of the open living space the plan offers. 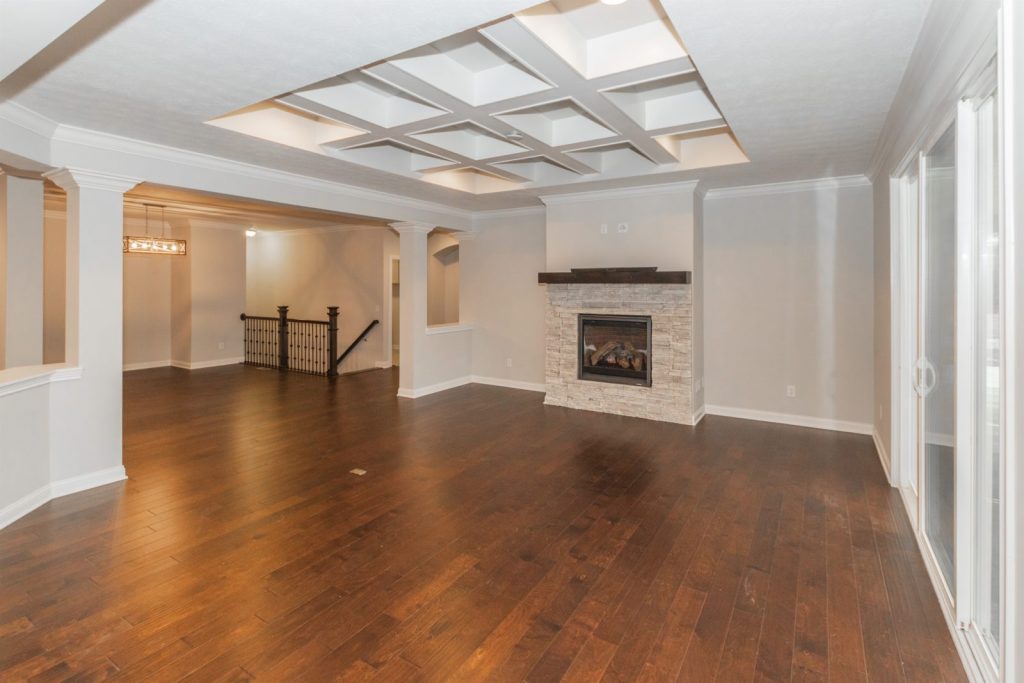 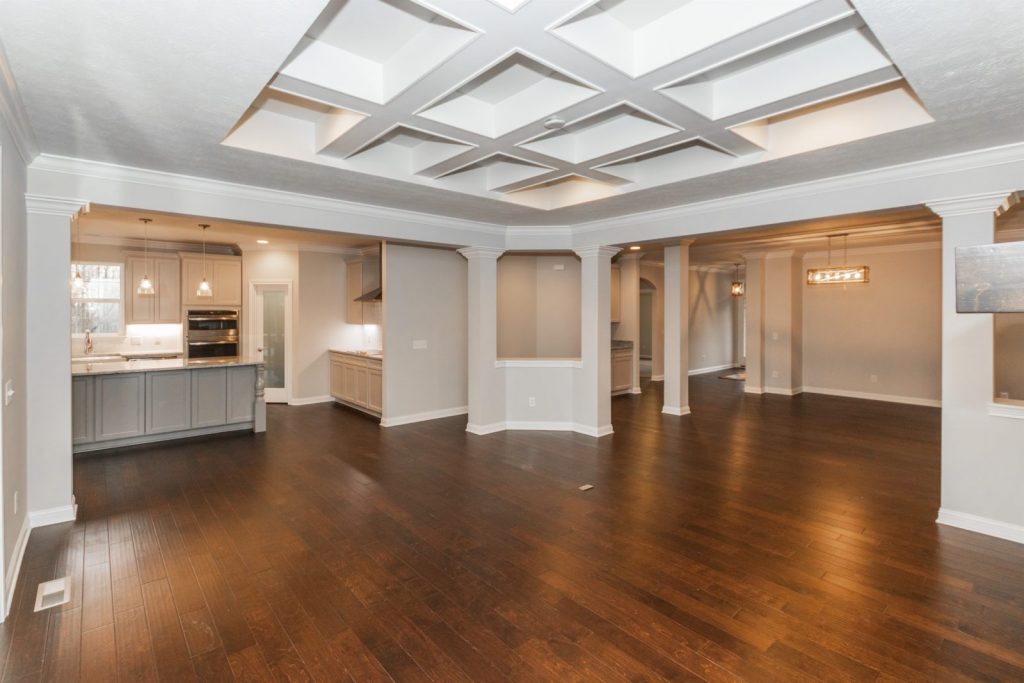 Amy got the style inspiration for their home from posts on Instagram and Pinterest. She ultimately went with gray tones, giving their home a modern, clean look. Those gray tones are consistent throughout their entire home. 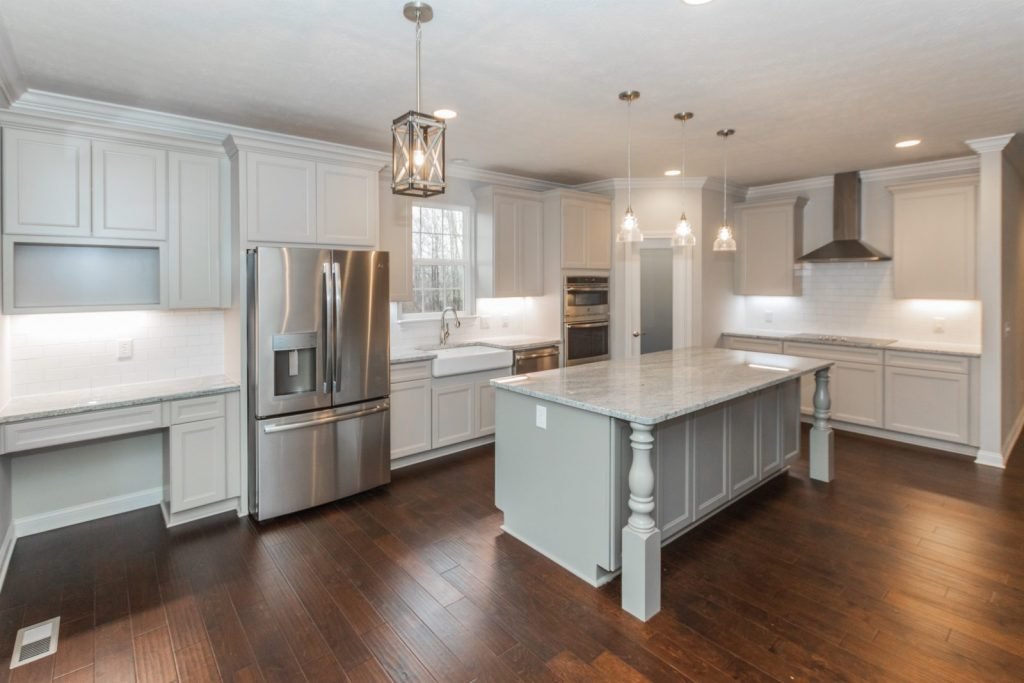 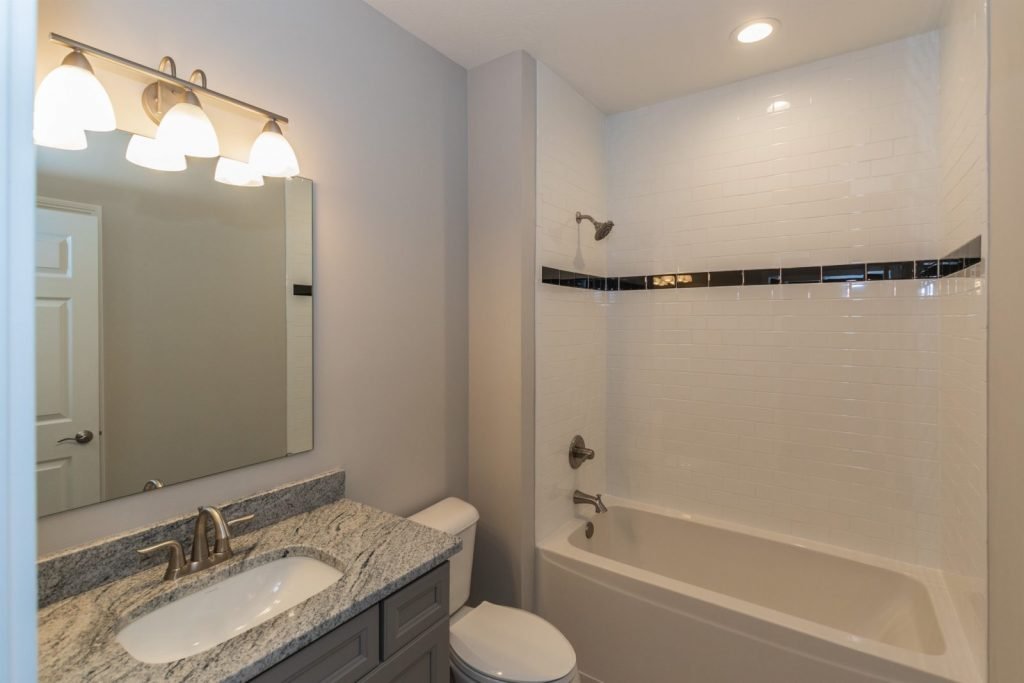 When asked what they were most looking forward to hosting in their new home, they responded “Our Annual Thompson’s Christmas Party!” (which took place 2 days after our interview). They were excited to bring together old friends and new neighbors for an evening of fun and holiday cheer. 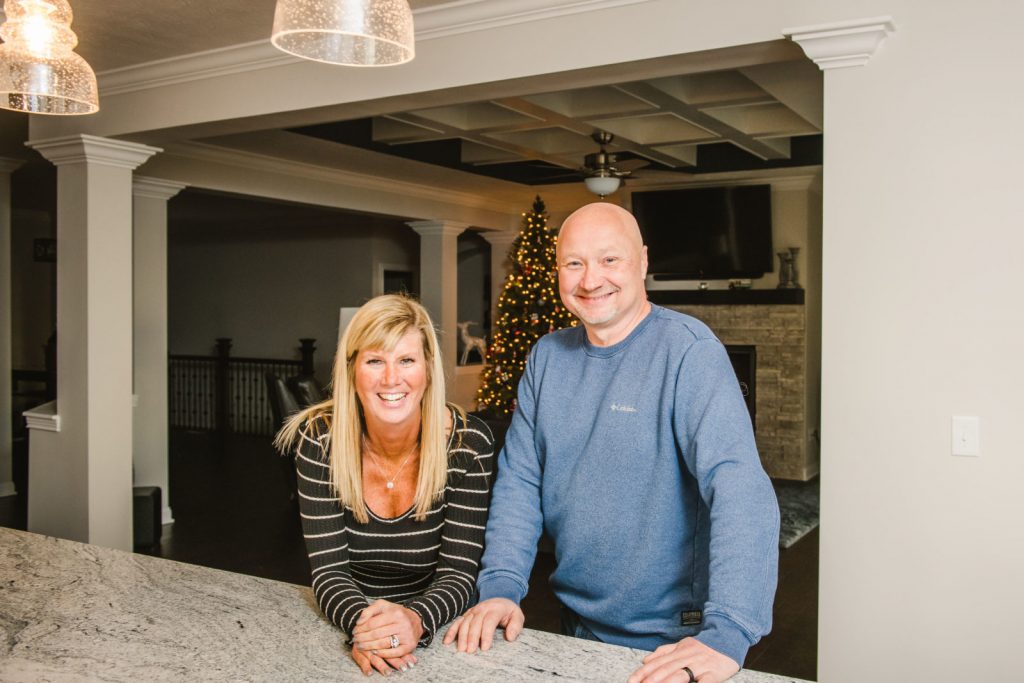 They told us that if they ever decided to build again they would definitely go with Davis Homes.

They also told us that their On Your Lot Specialist, Brad Frye and their Construction Project Manager, Fred Abbosh were both GREAT to work with. 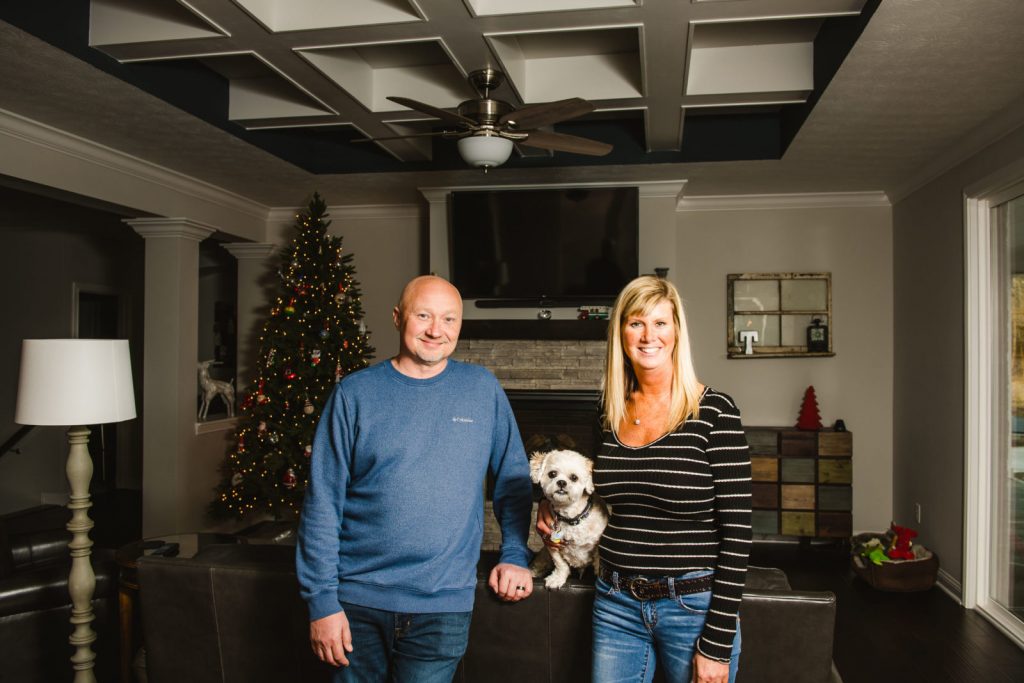 We’d like to thank Tim, Amy and Buster for welcoming us into their home and sharing their Davis Homes building story with us.

And, we hope they continue to enjoy sharing their home with family and friends for years to come.

Are you a proud Davis Homes homeowner and want to share your building story? Get in touch with us by emailing NewHome@DavisHomes.com and you may be featured on the Davis Homes Blog!